Pursuant to the authority provided by the Virginia Democratic Party Plan, the Northumberland County Virginia Democratic Committee hereby calls an assembled caucus beginning at 7:30 PM on Thursday, April 20, 2017, at the public library in Heathsville.   The purpose of the caucus will be to elect 3 Delegates and 1 Alternate to the First Congressional District Democratic Convention, to convene at 11:00 AM on Saturday, May 13, 2017, Walker Grant Middle School, 1 Learning Lane, Fredericksburg, VA 22401.

Northumberland County delegates to the First Congressional District Democratic Convention shall elect twenty Democratic State Central Committee members; consider resolutions; and conduct such other business as may properly come before the Convention.

Here is a link to the full Call to Caucus form.  Please download and print this form.  On the last page of this Caucus Call 2017 form is a Caucus Declaration Form 2017.  Each person attending the caucus must complete and sign the Declaration Form.

Go to this page to read the full Caucus Call.

Francis Edwards, candidate for the 99th District House of Delegates seat, is now on Facebook:

Congressman Rob Wittman (R, VA-01) has said he does not support the “health care” bill being put forward by House Speaker Paul Ryan.  The House will vote on this bill sometime Thursday, March 23.

We need to call Rep. Wittman’s office and urge him to continue his opposition to this bill.  While Republicans are hell-bent on “repeal and replace” the Affordable Care Act, the proposed Trumpcare is a disaster in many ways.

The Northumberland Democratic Committee April meeting is scheduled for: 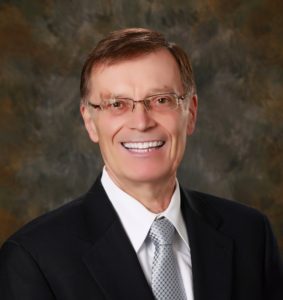 Francis Edwards  – a resident of Weems in Lancaster County – is a newcomer to politics.  Francis and his wife of 23 years, Donna, have four adult sons and three grandsons. Donna is a native of neighboring Gloucester County, where she grew up in the house her grandfather built over 100 years ago. Francis grew up in England, has a Masters in Engineering from Cambridge University, and a post-graduate degree in Business Administration.

Francis had a successful career as an international business executive.  As CEO of QVC, Germany he worked with state cable and media regulators and built a successful business from the ground up, creating 2,400 jobs.

In the last 10 years Francis provided resources and free consulting to over 20 small businesses.

Francis is passionate about education, the environment, job creation, and human rights.

Francis was an executive committee board member of WMHT public TV/radio and the UNM Anderson Business School Foundation.  He was also the keynote speaker at Japan’s national cable convention in Tokyo and the city of Düsseldorf convention in Chicago.  He was awarded the keys to the city of Hückelhoven for the creation of jobs.

After turning 60, Francis became a runner and has since raced in 4 marathons, several half marathons, and shorter races, including the Irvington Turkey Trot.

Locally, Francis and Donna are active supporters of the Animal Welfare League, helped raise funds for the Free Health Clinic and the new YMCA buildings, and are lifetime members of the Lancaster Community Library.

Want to learn more?  Francis is available to speak to your group, anywhere, anytime, any size group.  Contact him:

The Northumberland County Democratic Party meetings have moved online because of COVID restrictions.:
-- Third Thursday of each month
-- 6:00 PM

We will post on this website the link to the monthly meeting a few days before the meeting -- requires that you have ZOOM installed on your computer, tablet, or smartphone.