2020 is time for the US census that occurs every ten years.  Soon, we will receive letters from the Census Bureau asking for household information.

HOWEVER, The Republican National Committee is sending  phony census letters that are an attempt to collect names and addresses, as well as raising funds for the RNC.  These phony letters are showing up in Michigan and likely will show up in other states.

Here is a photo of a GENUINE Census Bureau letter from the 2010 census. 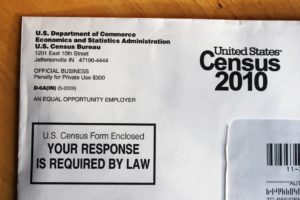 Here is a photo of the PHONY “census letter” being sent out by the Republican National Committee. 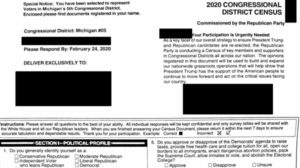 Note the phony letter is titled “2020 Congressional District Census.”  This letter is a fund-raising letter for the RNC and for Trump.

Please warn your family, friends and neighbors — especially older folks and those who perhaps will not be able to discern the real from the fake.