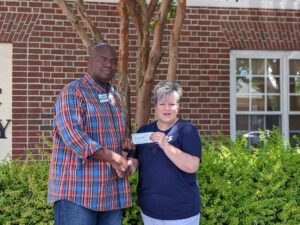 Season of Treason: A Recap of the First Eight January 6th Committee Hearings

Trump spearheaded a seditious conspiracy to overthrow our democracy. What comes next?

The article is on a subscription Substack site — on the opening page is a link to subscribe along with a link that says something like “Let me try it first.”  Click on that link where you can read articles without a subscription.

Join us at our biggest fundraiser of the year on August 6 at 7:00 p.m. at Lewis Ginter Botanical Garden! We are looking forward to a bigger and better than ever Blue Bash! This year we need to hold the House of Representatives by protecting Congressman McEachin and electing Herb Jones. Your ticket price ensures a strong Henrico County Democratic Committee, able to help our leaders take on any challenges. We look forward to seeing you there!

For Northern Neck Democrats: REMEMBER — redistricting moved certain areas of Henrico, Chesterfield, and New Kent counties into Virginia’s First Congressional District.  While VA-01 is still strongly Republican,  redistricting will mean that Rob Wittman must face voters who never heard of him.  We need to support Herb Jones of New Kent County in every way we can!!

Richmond, VA – This past week marked Governor Youngkin’s first 6 months in office. After inheriting the strongest economy in Virginia’s history, Gov. Youngkin’s first 6 months were filled with far-right culture wars and outright incompetence. From ditching his duties to run for President, to losing Virginia’s coveted “Best State for Business” status after three straight years at the top, one thing is abundantly clear: Governor Youngkin is an extreme culture warrior and has failed to govern Virginia.

“If Governor Youngkin’s first 6 months in office is a glimpse of what the next four years are like, Virginians are in trouble,” said DPVA Spokesperson Gianni Snidle. “6 months on the job and what are Virginians seeing? They’re seeing a Governor who has instilled chaos, sown divisions, and flat-ditched Virginia for higher political aspirations. If Virginians had any doubt before, they know now that Governor Youngkin isn’t some mild-mannered fleece vest-wearing moderate, he is an incompetent far-right culture warrior who puts our Commonwealth at risk.”

BLUE VIRGINIA: Gov. Youngkin’s New Appointee to the VA Board of Historic Resources Says Robert E. Lee Was a “Morally Fine Human Being”; “Secession Was NOT Treason”; the North’s “Invasion” of the South Was “just like we see Russia invading Ukraine”; etc.

Robert E. Lee was a “morally fine human being who understood the constitution of 1787.”

The constitution was “broken when Lincoln called up 75,000 troops to fight against secession.” And, she added, “secession was not treason…each state was allowed to secede, we all had seceded from Britain…each state was like its own country, so Lee considered Virginia his country.”

“Invasion, just like we see Russia invading Ukraine, invading a new territory was wrong. And so many people want to just flatten the whole Civil War to slavery, and of course we know slavery is not good. But I think…slavery would have been outlawed in the South within 5 or 10 years, but they wanted to do it on their time.”

It is appalling to see Governor Youngkin appoint someone to the Virginia Board of Historic Resources who somehow in one radio interview: 1) tried to defend secession 2) completely befuddle the language of our Constitution and 3) try to minimize the horrors of slavery with an inane statement that the south would have “phased it out” – as if one would go to war if that was the plan. And let’s not even get into her bizarre take on Russia and Ukraine.

I can’t believe that Governor Youngkin, as he prepares to launch his 2024 campaign, would knowingly appoint someone this unqualified and ignorant of history. We hope and are confident now that he is aware of this that the Governor will withdraw this appointment. We also hope Ann McLean’s advisers, for her own sake, don’t let her near a microphone again.

“If there was any doubt that Governor Youngkin is an extremist, right-wing politician, here is another example of his inflammatory priorities in action. Since taking office, his appointments have been divisive and contradictory to the values we hold here in the Commonwealth. His latest pick in Ann Hunter McLean demonstrates a frightening lack of cultural and social wherewithal to effectively lead Virginians or steer our great Commonwealth forward.

“For years – and particularly in the wake of George Floyd – civil rights advocates, community leaders, and elected officials in Virginia fought to dismantle oppressive memorials and monuments that paid homage to the Confederacy. To appoint McLean, who has vocally defended Confederate statues and monuments since the late 1990’s, to serve on the Board of Historic Resources shows a blatant disregard for Virginia’s sordid history with racism and the work we have done as a state to rectify those long-standing harms.

“This appointment demonstrates a complete lack of understanding or empathy for the lived experiences of African Americans. Monuments to traitors have no place in our Commonwealth, and we will not allow Governor Youngkin or Ms. McLean to drag us backwards.”