Skip to content
The Northumberland County Democratic Party will meet:
Our guest speaker is Edwin Santana, Candidate for the Democratic Nomination for US Congress, First Congressional District.  Please come and hear Edwin’s message.  Edwin is one of four candidates vying for the 2018 Democratic nomination.
Future candidates currently scheduled are:
Also, at this meeting, plans for election day and pre-election day work for November 7, 2017, General Election will be discussed.

“NO SHOW MARGARET” STRIKES TWICE IN THE SAME WEEK!

Last week I attended two events where Margaret Ransone and I were both invited to a public event to talk about our platform and answer questions from voters. I attended both. Margaret attended neither.

In fact, after initially accepting the event sponsored by the Westmoreland Indivisibles she withdrew! With an open slot on the agenda, Vangie Williams, CD1 candidate for 2018 stepped in to speak with the group.

Margaret outright declined to participate in the candidate’s forum hosted by the Northumberland NAACP at Northumberland High School. There were lots of thoughtful questions and I welcomed the opportunity to listen to and address voter concerns at this well-organized event.

Join Northumberland Indivisible to view “GerryRIGGED: Turning Democracy on its Head”, a documentary from OneVirginia2021 at  the Northumberland Library:
Technology has made gerrymandering such an exact science that, in most cases, incumbents cannot lose and challengers cannot win.
Learn how non-partisan reform efforts now underway in Virginia and elsewhere can change this dangerous trend and return political power to the voters.
Bob Wilson, a volunteer with OneVirginia2021, will introduce the film and lead the Q&A afterwards. After a long and distinguished career developing systems and data services primarily for federal, state and local governments, Bob and his wife of 50 years, Bonita, retired to Reedville in 2003.

This is important.  A group of concerned notable Americans have formed the Committee to Investigate Russia.   Here is their statement of purpose:

The Russian Active Measures campaign aimed at the United States has been exposed. Using hacking, Twitter armies, and fake news, the Kremlin engaged in an aggressive effort to subvert the American democratic process. Now, only months into his term of office, the President and his staff are facing multiple investigations in the U.S. Senate and House of Representatives and by a Special Counsel for the Department of Justice.

The Committee to Investigate Russia is a nonprofit, non-partisan resource provided to help Americans recognize and understand the gravity of Russia’s continuing attacks on our democracy. All relevant information is aggregated in one place to provide context and allow users to see the full picture of what Russia has done and will continue to do unless we start paying closer attention.

For generations, people have fought to protect democracy. Now it is our turn.

In a video posted on the site, Morgan Freeman explains why and how our democracy is under the most serious threat in our history.

School Board of Northumberland County

OUT AND ABOUT IN THE 99th

Summer may be winding down, but the campaign is shifting into higher gear! 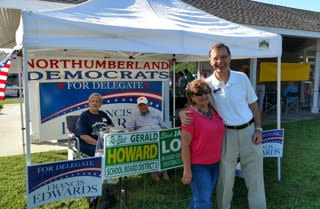 Saturday, I stopped by the Heathsville Farmers Market to support the Northumberland County Democratic Committee at their booth. 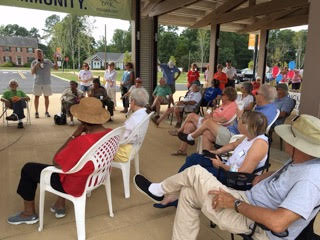 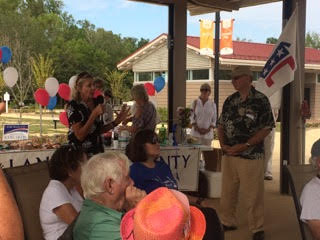 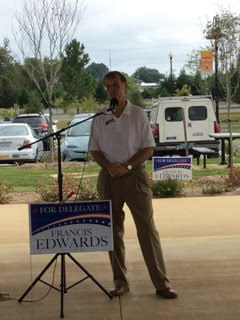 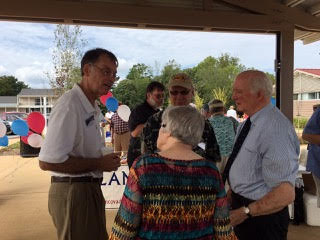 Sunday afternoon, the Lancaster County Democratic Committee hosted a town hall style rally at the new Kilmarnock Town Centre Park from 2-4 PM. This format provided me the opportunity to not only listen one on one to voter concerns, but also to take questions from engaged community citizens during the town hall part of this well attended event. (Question:  When was the last time Margaret Ransone held a town hall event to listen to citizens?  Answer:  No one can remember.)

CANVAS LIKE THE ELECTION DEPENDS ON IT….BECAUSE IT DOES! 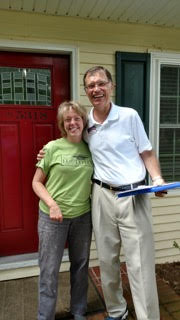 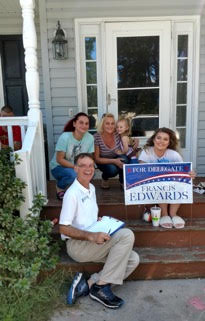 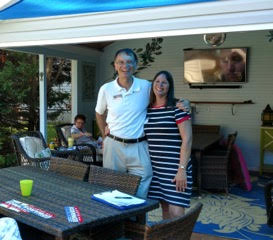 This week’s canvassing activities took me into King George and Richmond Counties and Colonial Beach in Westmoreland. Thank you, Frank Eak and Jeannette Holman, for joining me as we met folks on their doorstep, by their pool, and walking their dogs. It’s a great way to meet voters and hand out a few signs too!  (Question:  When was the last time Margaret Ransone went from door to door to listen to citizens?  Answer:  No one can remember.) 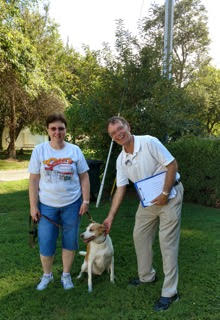 I would love to walk with you in your neighborhood. Please consider signing up for canvassing. You probably already know Fido. Now’s a chance to meet his person!

Standing Up…Showing UP…and Working for YOU!

Our next regularly scheduled meeting is:

Chat and Chew begins at 6:30 — bring a dish of snack food to share if you wish.

Additionally, we will endorse candidates for the coming November 7, 2017 election.  Offices to be endorsed are:

Campaign material will be available for most office seekers.

In the wake of the Nazi, KKK riot in Charlottesville, VA, the Southern Poverty Law Center has updated their publication Ten Ways to Fight Hate.

A presidential candidate wins election after denigrating Muslims, Latinos, women and people with disabilities. A young white man opens fire and kills nine African Americans who welcomed him into Bible study at a church in Charleston, South Carolina, telling his victims, “I have to do it.” A Muslim woman is seated on a bench in front of a coffee shop in Washington, D.C., when a woman begins screaming anti-Muslim epithets. A swastika and other anti-Semitic graffiti appear at an elementary school in Stapleton, Colorado. A lone gunman carrying an assault rifle and a handgun storms a well-known gay club in Orlando, Florida, killing 49 people and wounding 53 others.

​Bias is a human condition, and American history is rife with prejudice against groups and individuals because of their race, religion, disability, sexual orientation, or other characteristics. As a nation, we’ve made a lot of progress, but stereotyping and unequal treatment persist.

When bias motivates an unlawful act, it is considered a hate crime. Most hate crimes are inspired by race and religion, but hate today wears many faces. Bias incidents (eruptions of hate where no crime is committed) also tear communities apart and can escalate into actual crimes.

Since 2010, law enforcement agencies have reported an average of about 6,000 hate crime incidents per year to the FBI. But government studies show that the real number is far higher — an estimated 260,000 per year. Many hate crimes never get reported, in large part because the victims are reluctant to go to the police. In addition, many law enforcement agencies are not fully trained to recognize or investigate hate crimes, and many simply do not collect or report hate crime data to the FBI.

The good news is, all over the country people are fighting hate, standing up to promote tolerance and inclusion. More often than not, when hate flares up, good people rise up against it — often in greater numbers and with stronger voices.

This guide sets out 10 principles for fighting hate in your community.

Please come to hear Kitty Creeth report on the Northumberland Democratic Party Yard Sale.  Joe Schlatter will discuss the fundraising letter which many of you have received.
Please feel free to bring a snack and attend our Chat and Chew which starts at 6:30 pm.
Contact information for Tom Hicks, Democratic Candidate for Congress, Virginia’s First Congressional District:  Website is https://tomhicks4congress.org

The next meeting of the Northumberland County Democratic Party will be: